Some photos from my Melbourne trip

Melbourne was the final stop on my holiday, it’s a more laid-back city, where you can get your fill of culture, art, and food.  And coffee.  Do some people-watching at Federation Square and Flinders Street Station.  Take a bus tour to a wildlife reserve and Philip Island for the Penguin Parade.  Take the #16 tram to the beach town of St. Kilda (if it’s Sunday, check out the Esplanade Markets).  Visit the National Gallery of Victoria (it’s free) but the special exhibitions are worth the fee.  I happened to be there for a Van Gogh exhibition my first time and the Chinese Terracotta Warriors on this trip.  The Immigration Museum and SEA Life Aquarium are also worthy of a few hours of your day.  Sports-lovers can wander past the Melbourne Cricket Ground (see a footy match if you’re lucky) and Rod Laver Arena as they walk along the Yarra River and Botanic Gardens. 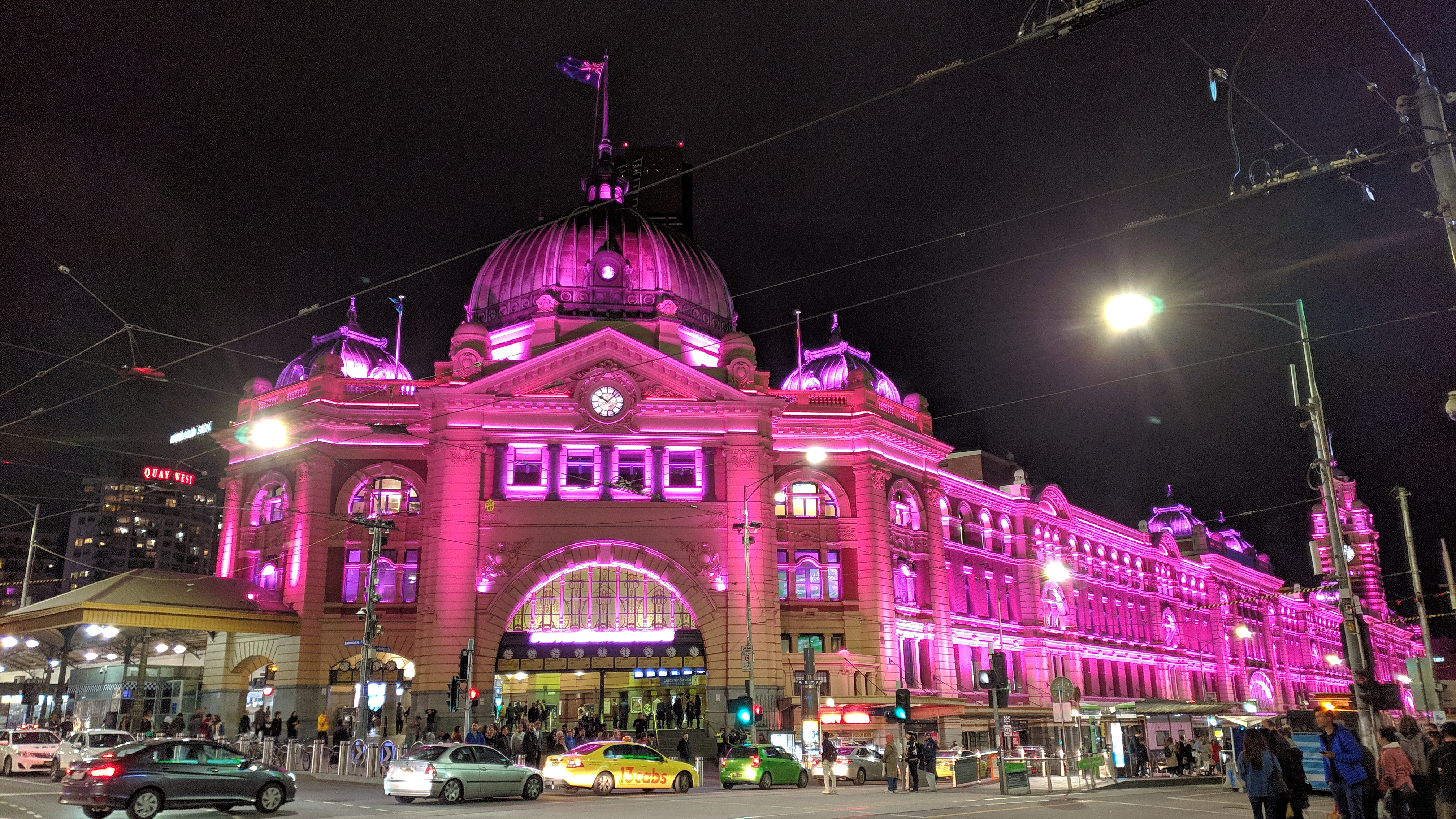 Some photos from my Sydney trip

Throughout the planning stage of this month-long holiday, the one part that was non-negotiable was being in Sydney for my birthday.  It’s one of my favorite cities in the world, so it was an easy decision.  Check out the gallery for a taste of the Queen Victoria Building, Darling Harbour and the Maritime Museum, Manly Beach, Taronga Zoo, and probably too many photos of the Sydney Opera House (from several perspectives, including my hotel room).  Did you know that Taronga Zoo offers a $1 ticket on your birthday?  I would have partaken but I made good use of a ferry pass/zoo combo ticket. 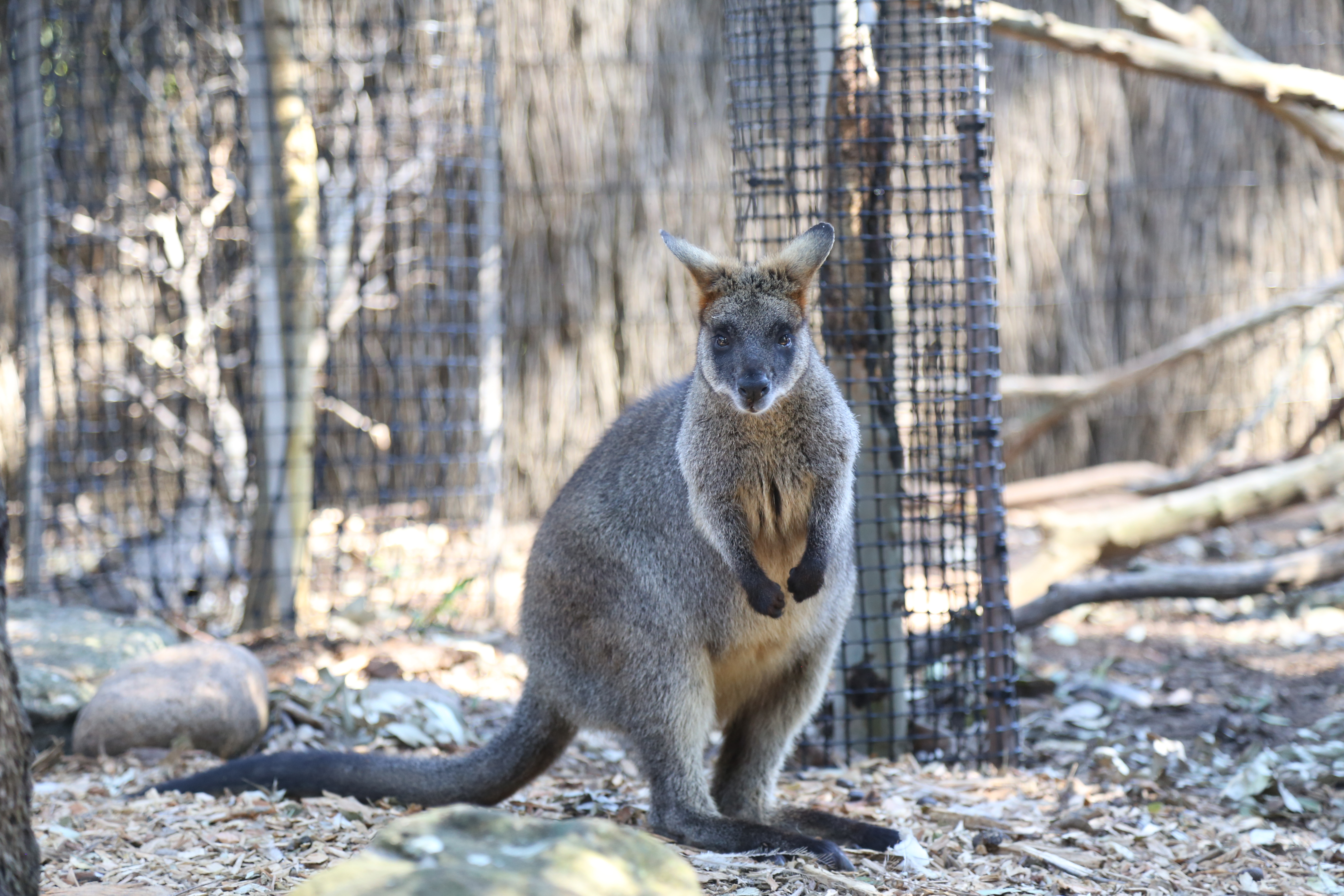 Some photos from my Singapore trip

Singapore definitely makes my list of the most beautiful cities at night.  Hard to believe they got to where they are now in just 54 years.  Check out some photos of one of their newest attractions – The Jewel at Changi Airport.  It’s already one of the finest airports in the world, they managed to make it even more impressive.  You’ll have some of the best food and shopping experiences of your life here.  The Gardens by the Bay, Super Tree Grove, and ArtScience Museum are just more must-sees if you visit.  Don’t forget to visit the many hawker centres around Singapore for some of the best and cheapest meals. 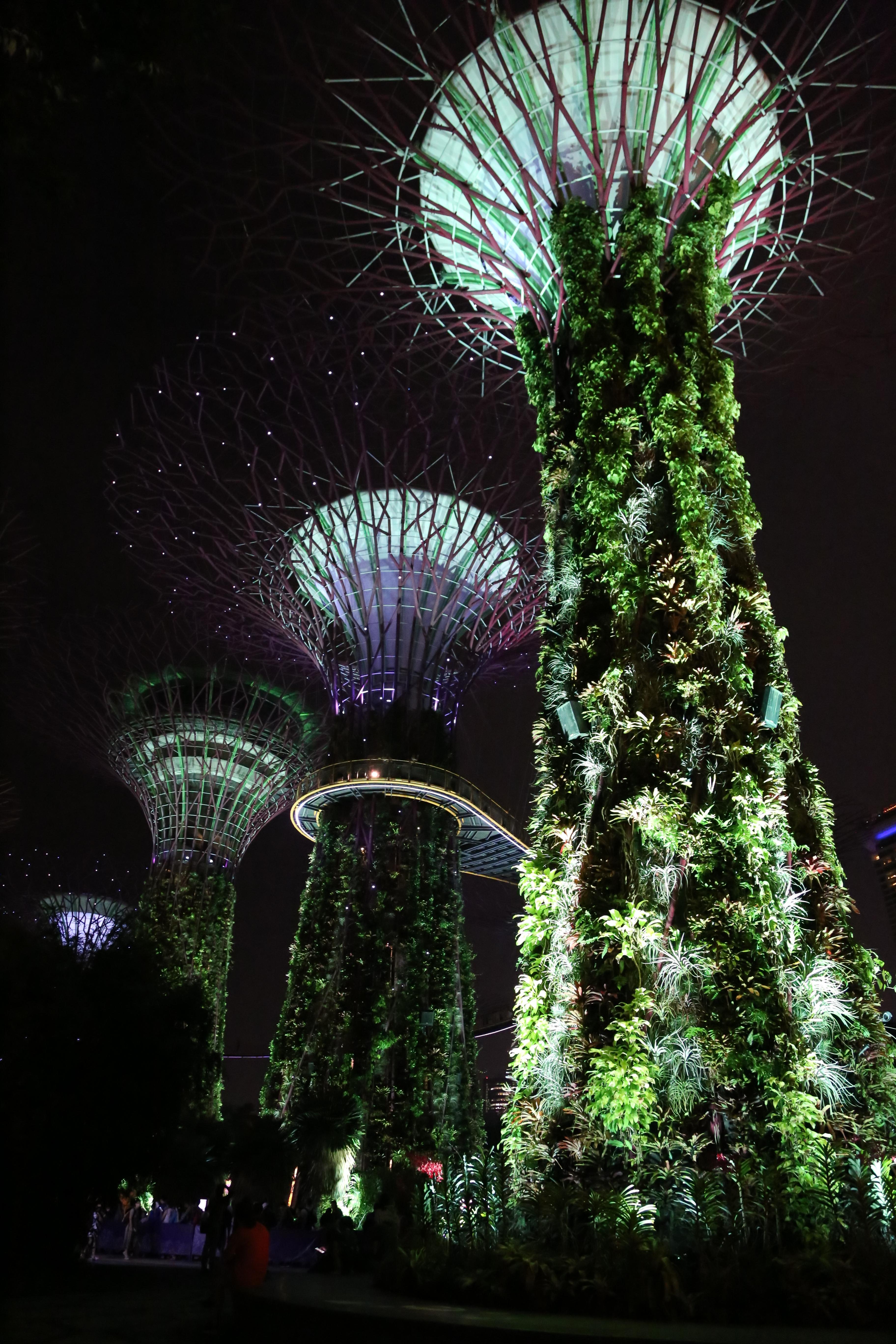 Some photos from my Perth trip

In Perth, the highlight is undoubtedly Rottnest Island, the native land of the quokka.  These critters are friendly and unafraid of humans, as I suppose they have not yet learned to fear us. Next comes a train trip to Fremantle, a coastal city with lots of maritime history.  Visit the Shipwreck Museum (for free) and a cool, historic market.  Lastly, have some random images from around town, including stumbling into the Perth Maker’s Market right in the middle of the city.

Some photos from my Christchurch trip

In Christchurch, the photos start from the Botanic Gardens and Canterbury Museum (both free), then wander the city center and visit the still earthquake-damaged cathedral.  Next comes a day trip outside the city to visit the filming location of Edoras and Helm’s Deep from Lord of the Rings: The Two Towers.  The final attractions are the International Antarctic Centre (with free shuttle service), Quake City, and Rutherford’s Den (celebrating New Zealand’s most famous scientist), mixed in with random other images and more food. 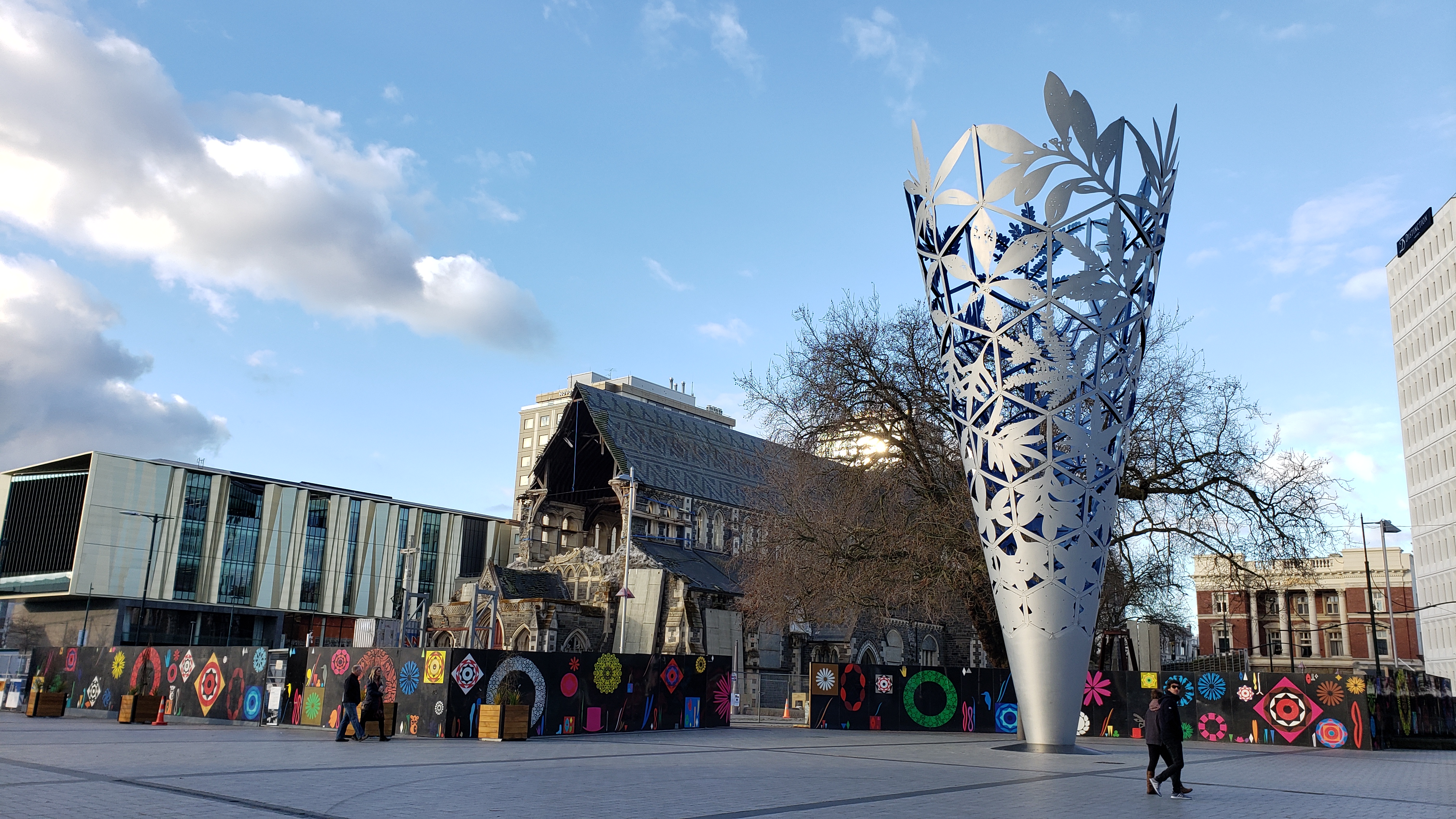 Some photos from my Auckland trip

Since Flickr changed formats under Smugmug, I went looking for alternatives.  I decided to try Imgur this time.  It’s good for a photo dump, but there are inconveniences.  You can’t rearrange or add images to an existing post.  You can edit an album before you post it, but rearranging is still not easy, since you can only sort by file name or time uploaded.  Once it is posted, no more editing, if you want to swap the positions of two photos or add a single image you forgot, your only option is to delete the post (but not the images), and recreate the album, which means rearranging all the photos again, not fun when you push past 50 photos in an album.  I stuck it out for these trip photos, I might change again for the next one.

Here in Auckland, the photos start from my departure in SFO.  Soon comes a day trip outside Auckland to visit the Hobbiton movie set and Waitomo glow worm caves, then a visit to the Kelly Tarlton SEA Life aquarium (and their free shark bus), the Maritime Museum, some CBD night shots, random other images, and of course, food. 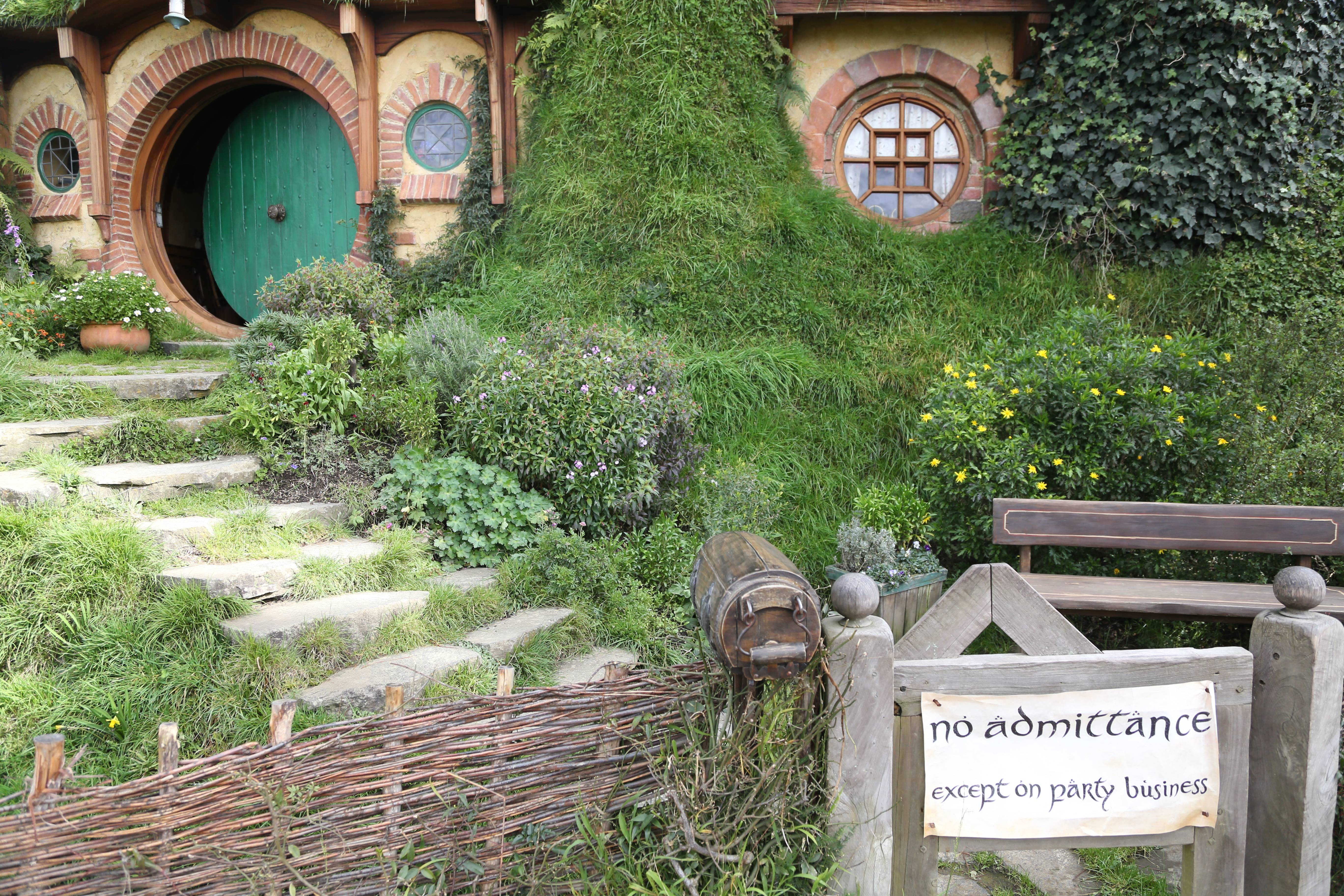 I have mentioned how I used almost all of my frequent flyer miles and hotel points on this trip.  For the exact numbers, here’s where they went.

Used up all but ~8000 miles between those two programs
60k Chase Ultimate Rewards points for 2 nights Park Hyatt Sydney (plus cash for Opera House view upgrade, totally worth it)

Amex Hilton Aspire and points promotions helped me earn more points than I redeemed for the Conrad, so I could already do it again

Sometimes you don’t feel like doing something when you have the opportunity. Should you do it anyway? Last time I was in Sydney (in 2005), I skipped the chance to see The Polar Express at the Darling Harbour IMAX, which was the largest IMAX screen in the world. I had no interest in seeing that film at the time, and I haven’t seen it to this day. Last week, I found out that IMAX screen is closed for redevelopment, so I missed out again.

Years later, I did regret not seeing something at Darling Harbour. It influenced my decision to watch the final Harry Potter film when I happened to be in London for the first time. I’m not a fan of the franchise, tried reading the first book and film, gave up on both. It wasn’t until I was hanging around a bunch of Brits that I ended up watching film 6 on tv and 7 in the cinema with them. I figure if I were to ever watch the last Harry Potter film, it might as well be on the largest IMAX screen in the UK.

Last time in 2005, I had the chance to see a special exhibition of Van Gogh works at the National Gallery of Victoria (NGV) in Melbourne, I skipped it in the interest of saving money, as most of the rest of the museum was free anyway.

That’s another conundrum. Should I prioritize visiting places that charge admission, rationalizing that they must be better if they are charging money? Or hit up all the free museums/activities and still see/do plenty of interesting things for no extra cost? Fees aren’t really deal breakers to me, as they have rarely been exorbitant. I don’t mind supporting educational venues. It’s also why I often buy something in the cafe and/or gift shop.

It did mean I missed out on some good free museums on this trip. For example, I skipped Sydney’s Museum of Contemporary Art and most of the Australian National Maritime Museum. In the latter, I had time to see one exhibit on William Bligh before the museum closed because I spent too much time walking around. That’s twice I had the chance to visit (14 years apart) and missed it both times.

That brings us to today, I was on the train returning from the weekly St. Kilda Esplanade Market when I passed the NGV again and saw their special exhibit was a display of China’s Terracotta Warriors, in conjunction with a contemporary Chinese artist. I’ve spent a lot of money on this trip already, and I already have planned another venue that charges admission.

It was only $30, so I did it, along with the free guided tour, which took so long that I didn’t have time to see any of the rest of the museum’s free galleries before it closed (though I did get 20 minutes before the tour started, which got me through 1/6 of a floor). I’ll try to be back sooner than 14 years this time.